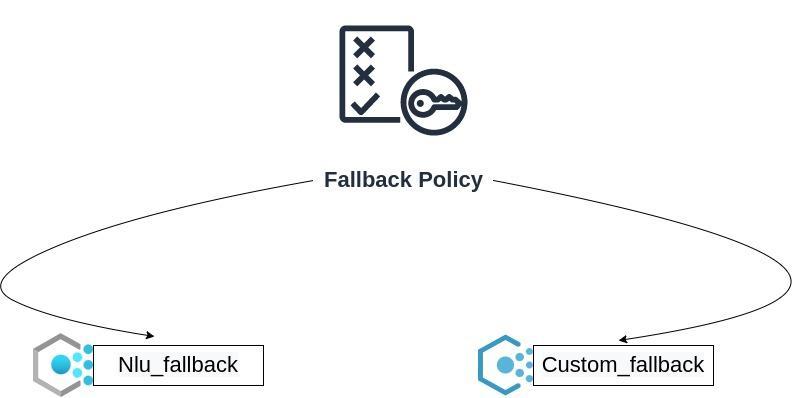 Building a chatbot that could possibly handle all of the user messages is something that isn’t possible at least not with the current advancements of NLP, but we can deal with these uncontrollable failures gracefully in RASA by using the concept of Fallback policy.

Fallback Policy is a concept whereby using a certain threshold value we can control the possible wrong responses of the bot.

For the sake of example let’s consider a certain user while interacting with a chatbot says “hiiiiiiiiii” with a lot of i’s in it and the bot misclassified it with some intent other than greet and based on that misclassified intent bot will take some action which might confuse the user.

In actual production level projects, there can be many instances where the bot might get confused because of intents that have a certain similarity to each other. Because of these misclassified responses sent to the user the end-user experience is not so good which could lead to fewer users engaging with the chatbot.

Let’s suppose we are building a farmbot for farmers, Given the fallback threshold as 75%. The user entered an utterance “Can you please tell me how to control weeds at the pre-emergence stage in wheat?”. The classifier predicts the intent for this utterance with 65% confidence, which is less than the defined threshold value (Predicted Confidence < Threshold value). In this scenario, the fallback classifier will predict an intent named nlu_fallback which will lead to a default rephrase response to the user.

Let’s see how we can implement an NLU Fallback Policy:

Defining the response in the domain.yml file

Let’s now see how a Custom Fallback Policy can be implemented for response selectors:

To implement a custom fallback for response selectors we need to write a new action in the actions.py file

a. dispatcher -> This object is responsible for sending messages to the user.

c. Domain -> It contains the information about all the responses defined in the domain file.

To use this custom action we need to define it in the domain.yml file and in the rules.yml file

To implement our custom fallback we would be using the tracker object to put up some basic logic to handle the conversation.

1. Firstly we need to get the intent name from the tracker store.

2. Using this intent key we can find the confidence of response selectors’ prediction.

3. Now we can put up threshold confidence here

This idea can be extended further for implementing different fallbacks for different response selectors too. 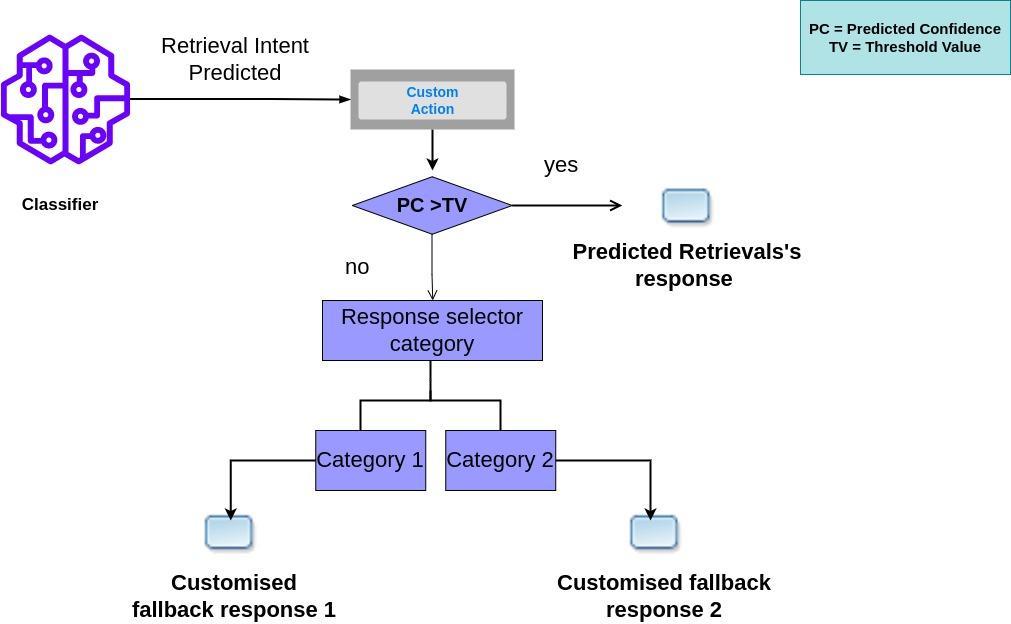 For example, let us say we have used two different retrieval Intents

We can dispatch two different fallbacks if we have some kind of requirement for it. All we need to do is put up a check-in step 3 defined above.